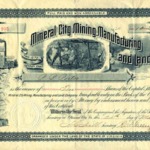 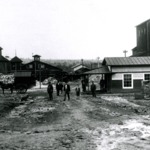 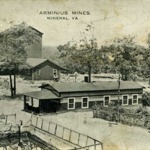 The mines faced enormous pressure. In the winter months, moisture would enter the ore. It would freeze in the railroad cars, and, when opened, workers would find the ore unfit to sell.  Slate and silica would also enter, and while they made numerous attempts to get the tailings out, they all failed. The mines also began losing their share in the market, as Spanish ore could be more efficiently produced.

Running so far behind, manufacturers became frusterated with the Arminius Mines. One unhappy manufacturer, F.S. Royster, wrote a letter in 1901 to the mines expressing his frustration. He stated, "It will be a great calamity on us and also result in a heavy loss to you, as we shall certainly hold you for any loss we sustain by reason of our having to shut down... You are far behind in your shipments and we have suffered loss accordingly as stated to you when here... This matter has caused life to be a buren to use for the past month, and we hope you have compassion on us and help us out."

Eventually, the mines were sold. The Arminius Mines changed owners on several occasions. In the first sale, they hoped to obtain 1,000,000 dollars for their company, a huge sum for the early 1900s. This price was later reduced to 500,000 dollars, still an impressive amount.

However, in the end, there was no longer any hope for Mineral to remain a mining town. A shaft collapse in 1916 had put them too far behind in their contracts, they didn't have the technology their competition was acquiring, and the pressure of these factors finally overtook them.

Refineries remained in the town until the end of World War I. Yet, by this time, the era of mining in Mineral was now a distant piece of the past.