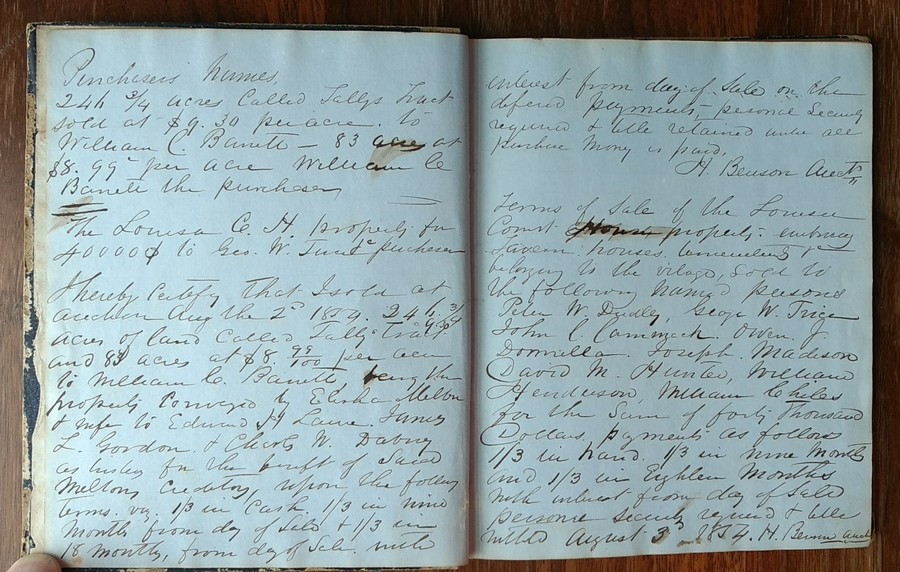 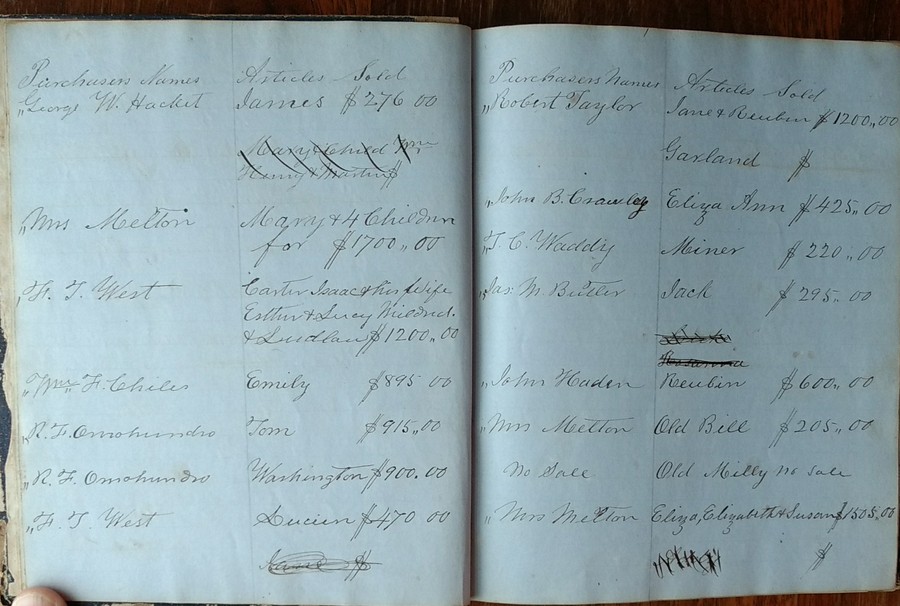 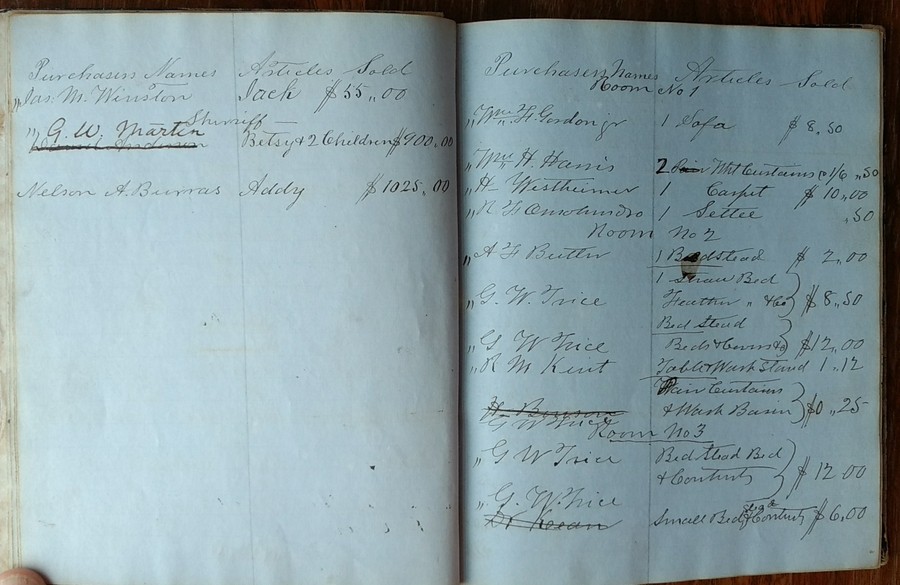 Elisha Melton once owned a sizable portion of real estate in and around Louisa Court House. He was in deeply in debt by 1854 and his extensive property was put up for public auction to pay his debts. The images here are from the account kept by H. Benson, Auctioneer,of the sale Images 2 thru 4 list the names of the slaves who were sold at Louisa Court House by Benson.

Several of these enslaved persons were sold to R. F. Omohundro who, with his brother Silas, operated one of the largest slave auction houses in Richmond. Whether these slaves were purchased for Omohundro's own use or for sale into the deep South is not known. Read about their journey south in Smithsonian Magazine .

The sale was advertised in the 29 July 1854 Daily Dispatch newspaper in Richmond as follows: .The Trustees will expose to sale, at public auction, at Louisa Court House, Va, on Wednesday, 2nd day of August 1854 all the property...or so much thereof as may be necessary to comply with the requirements of the deed of trust.
The Real Property conveyed (in the Trust Deed to settle Melton's indebtedness) consists of: The Village, Tavern and Farm at Louisa Court House (and other parcels ranging from 1239 -329 acres). The property at Louisa Court House consists of the whole village (Ital in original), except one small tenement, and is conceded by all to be one of the most valuable Tavern and Trading stands in Eastern Virginia-has on it at present a large Hotel, a number of Stores, Offices, Shops, and Dwelling Houses, and has attached a most valuable Farm, of about 400 acres....
The Personal Property conveyed, consists of seventy NEGROES, unusually likely and young, many of them most valuable tradesmen and house servants...