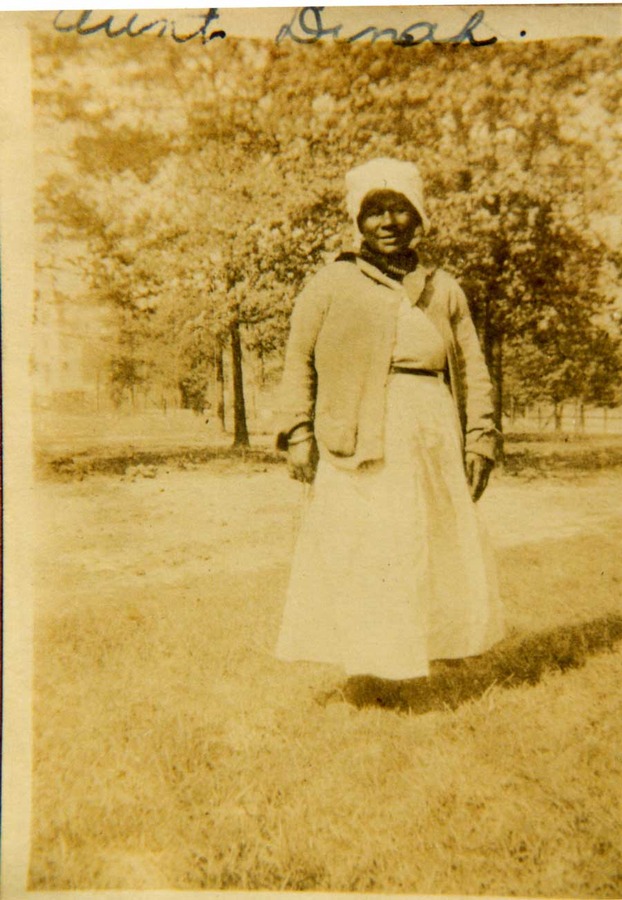 This photograph is an image of Aunt Dinah Robinson who served as the janitor at the Mineral High School during the era of segregation. In most cases, it was African Americans who worked as the janitors at white schools, and they witnessed the disparity in conditions at the African American schools compared to those schools for whites. The following personal account illustrates one young black man's recollection.

While still in high school at the Louisa Training School, the name for the one black high school in the county, Mr. William T. Holmes, helped the janitor at what was the new consilidated school for whites (Louisa High School). In oral history inteviews from 2008, Mr. Holmes gave his impression of conditions at the white school where he worked: "I was friends with the janitor at the new consolidated school for whites. I never would have been allowed inside that school if it weren't that I helped him every evening for a short period of time. I'll always remember the white students had those beautiful tiled floors. I'd help clean and shine those floors and think about the old motor oil they poured on our wooden ones. I guess they did that to keep the dust down."

Mr. Holmes later received his Masters Degree from UVA, and he went on to become a school principal in a different county and a teacher a Germana Community College. To read more, visit the Louisa County African American History website.