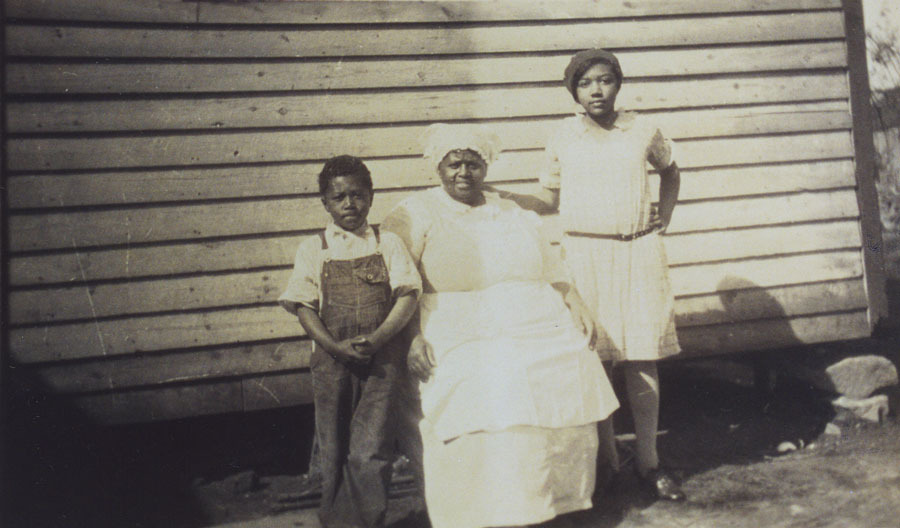 This photograph is an image of three African American individuals outside of the Poindexter Store in Louisa County. The style of clothing of the two women in this photograph suggests that both are domestic workers (the apron and the hats). Often, if an African American woman chose to do domestic work, and if the white family was financial stable, the domestic worker would live in the home with her children. Census records from 1870 onward often indicate this arrangement when African American workers are listed as part of white households as domestic help. Although working a domestic job during this era was not financially lucrative, the living conditions of these workers was often improved by living with more prosperous white families. To learn more, visit the Louisa County's African American history website.