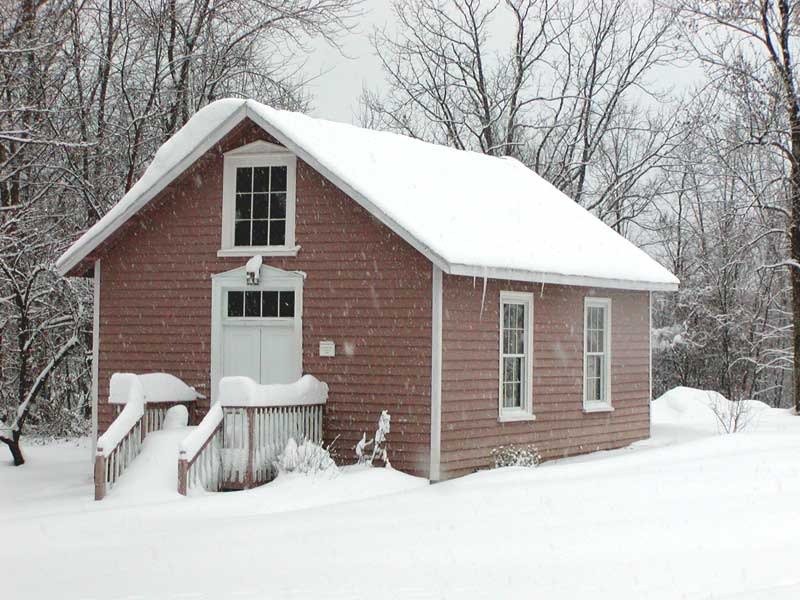 Captain Francis Marion McMullen and his wife Virginia Ann ran a school in Stanardsville after the Civil War. In August 1868 he bought the 10 acre Stanardsville property on which Forest Hill Academy stands, and built this school house. It is not known exactly when the building was finished, but a stamped receipt dated July 12th 1867, from Joseph Ham, a Stanardsville tailor, is for payment by Mr. Ham of his account with Captain McMullen for the education of his four children. The amount is $103.00, and includes tuition for Salli, (aged16), Sam, 14, Lee, 10, and Dora, 12, for 40 weeks, as well as a fuel charge of $2.00 for each child. Salli was taught Latin, French and English, the younger children ‘Eng. Branches’ – presumably reading and writing.

Captain McMullen deeded the school to the School Board of Greene and Madison Counties in 1876, when public schooling was being established in Virginia. It is said to be one of the oldest public schools in Virginia, if not the oldest. He and Virginia Ann moved to Madison and ran a school in their home.

This photograph was taken in December 2009, and helps us to understand why students had to pay for heating! While the building was being renovated in 2003, charred ceiling beams were uncovered above where one of two wood stoves had stood.
Photo by Jackie Pamenter.