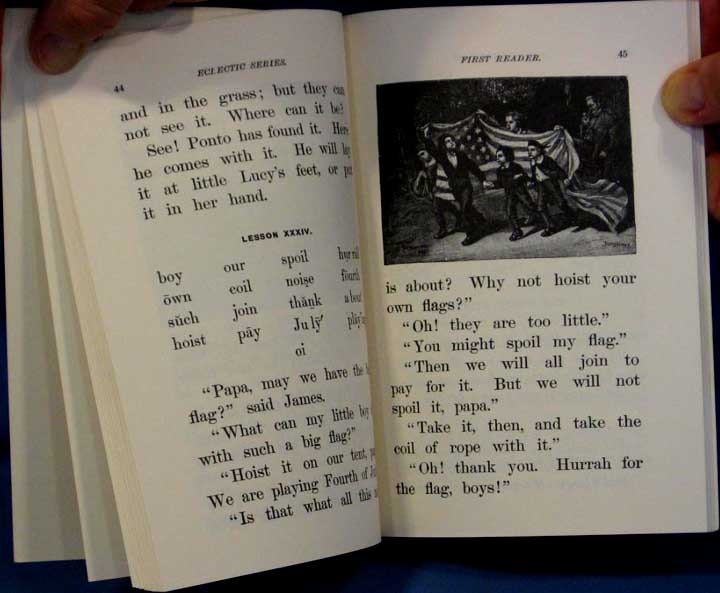 McGuffey’s Eclectic Readers were written by William Holmes McGuffey and his brother Alexander in the 1830s and 1840s, and were used for decades throughout the US for primary-level students. The Readers emphasized spelling, vocabulary, and formal public speaking, which, in 19th-century America, was a more common requirement than today. He ended his career as a Professor of Moral Philosophy at the University of Virginia, and died in 1873. This page is from a “Christian School Edition” boxed set reprint made in 1974 (the reprinted versions are still in print today).
Gift of Caribel Burke