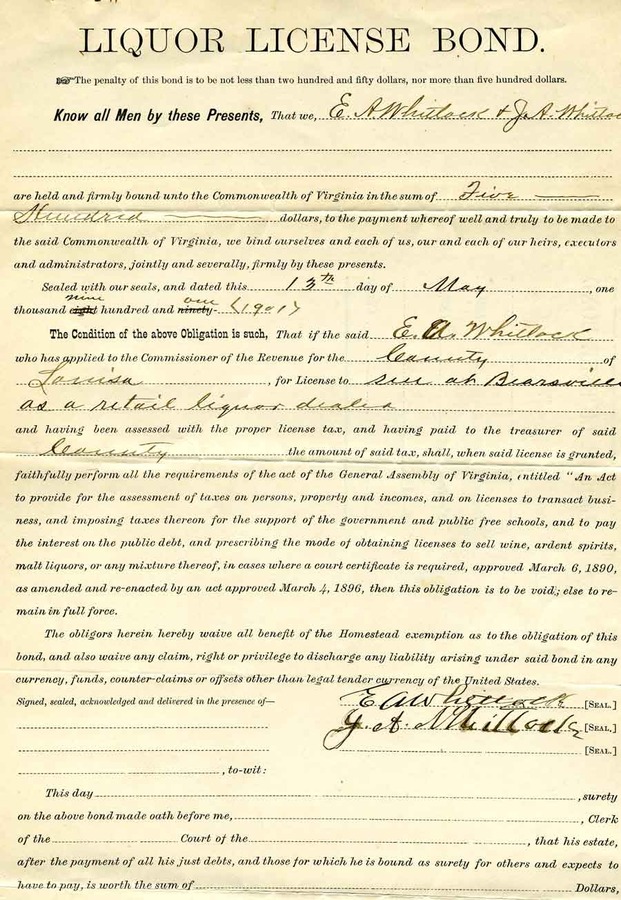 E.A. Whitlock and J.A. Whitlock were required to post a surety bond in the amount of $500 in order to have an establishment as a retail liquor dealer. Dozens of such establishments were established in and around Mineral City, including dozens of saloons, hoping to cash in on the profits to be had by selling goods to the miners at the Mineral mines. This bond insured the Commonwealth of Virginia that the proprietors would collect the taxes due the state on the sale of alcohol.

This bond was in force in1901, but liquor was not banned in Mineral until 1916. However, churches and other organizations had been working to limit the consumption of alcohol in the area. One common method of stopping the taverns from selling liquor was to raise taxes so that the taverns would be unable to make any profit. There was an active Anti-Saloon League of Virginia chapter in Mineral whose efforts gradually caused local authorities to impost requirements on liquor dealers that became stricter and stricter in the movement to end the sale of liquor in Mineral.