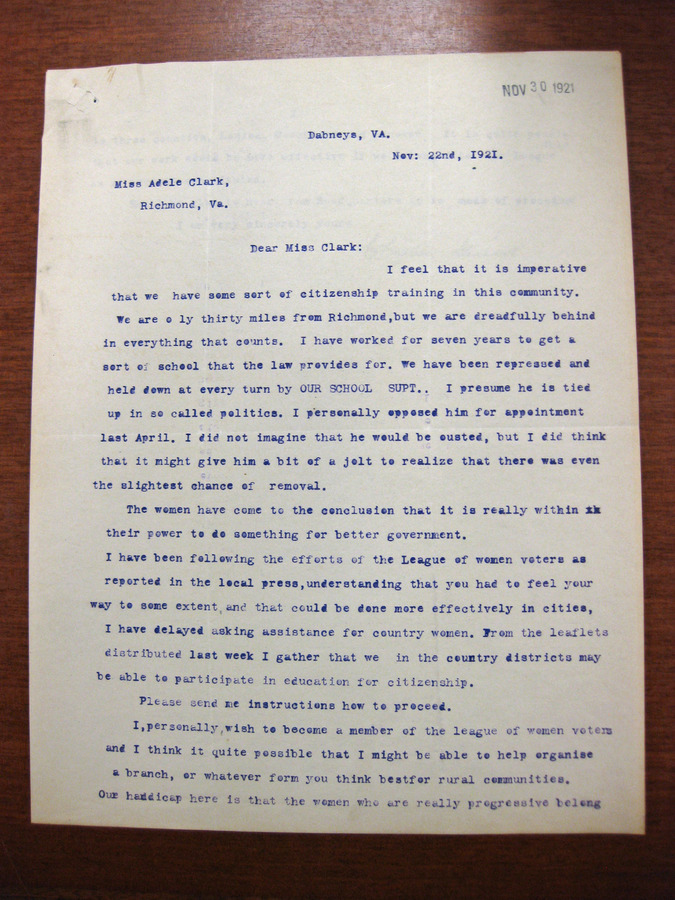 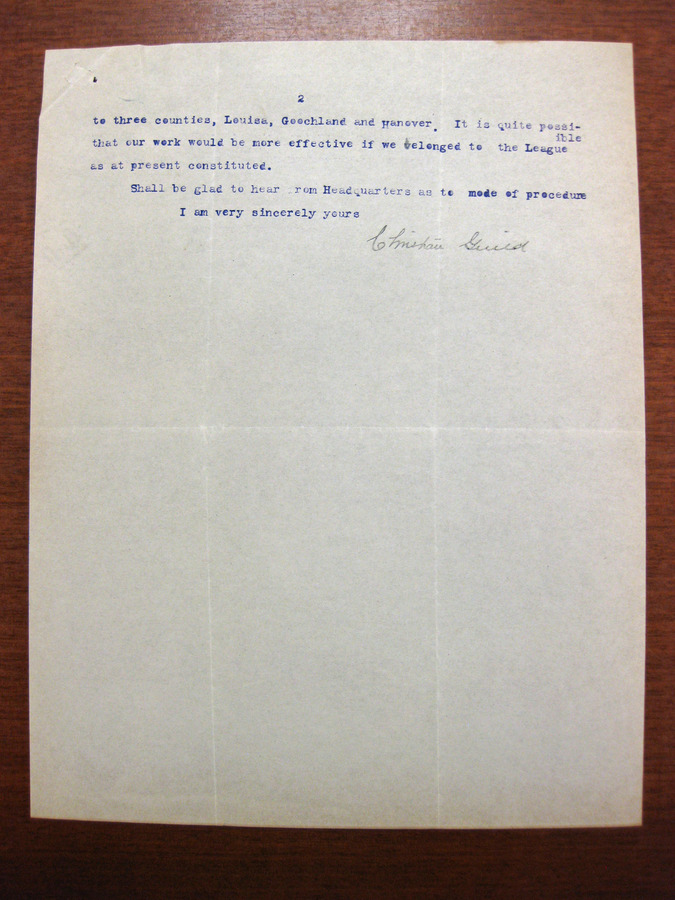 In 1904, at the age of 43 and with her husband and seven children, Christian Guild left her homeland of Scotland to immigrate to the United States. When she reached Dabneys, Louisa County, Virginia, she became actively involved in an attempt to start a chapter of the League of Women Voters. When further explored, we find that the suffrage movement in Scotland drastically and violently changed in 1900.

While the reason for the Guilds’ relocation may never be known, the aggressive Scottish Suffragettes may be a cause for her relocating or being involved in women’s suffrage here. Suffragists, or Suffragettes, first appeared in Scotland in the late 1860’s. Like other suffragists worldwide, they were connected by a similar goal: justice for women. Early attempts are attributed to the Suffragists, who peacefully and legally attempted to gain women the right to vote, as they believed it would improve the lives of women at home and at work. Letters were sent to Parliament, petitions were gathered, meetings were organized, and pamphlets were distributed.

After nearly 30 years and very little progress, the Scottish Suffrage Movement erupted into a violent dispute by a new group of Suffragettes. While the goal to gain equality and justice remained the same, Suffragettes were willing to break the law and go to prison to achieve success. They chained themselves to railings, smashed windows, and outwardly disrespected the King. When they reached the prison cells, they often refuse to eat. Their stories made headlines as the prison officials had to force feed their inmates. Their riotous, disorderly conduct soon vanquished the progress that had been made in Scotland vindicating in the minds of many, the traditional belief that women should stay out of the public eye.

Used with Permission from the Special Collections and Archives, VCU Libraries