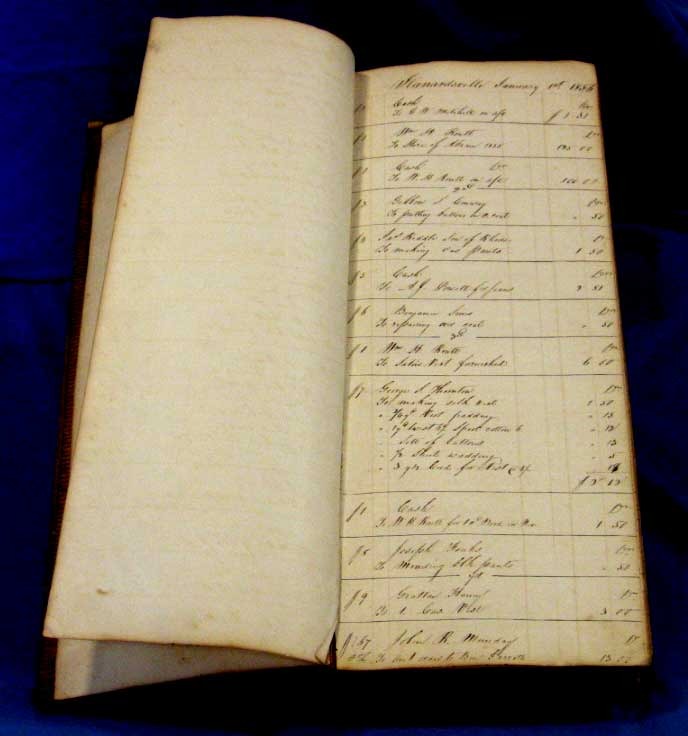 Joseph Ham’s Daybook begins in January 1856 and ends in September 1871. It lists all the transactions occurring at his Tailor’s Shop in Stanardsville. The word ‘Paid’ in the left hand margin indicates the transaction was settled. Being a tailor did not necessarily mean that you sewed garments. Many of the daybook transactions are for ‘cutting vest’ or ‘cutting pants’. Presumably the purchaser might have used the services of a seamstress to sew garments that had been cut out using standard patterns that belonged to Mr. Ham.
On February 29, 1864, General Custer and the Union troops came through Stanardsville on their way to fight the Confederates army at Rio Hill in Charlottesville. On the same day, Mr. Ham lists $170 worth of goods in a transaction with a Mr. …. Mills. The word ‘Paid’ is absent. This is a huge amount for a single purchaser. A search of local genealogy, marriage and census records does not reveal any family of that name in Greene or the surrounding counties. Might this have been Mr. Ham recording goods taken by one of Custer’s troops?
Gift of Corinne C. Harris