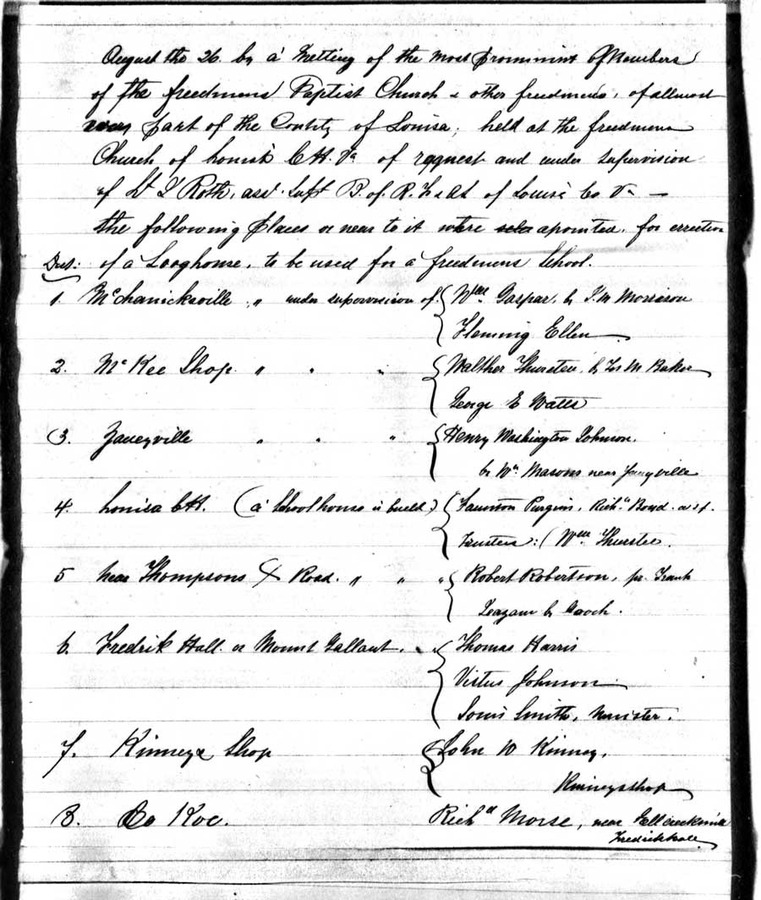 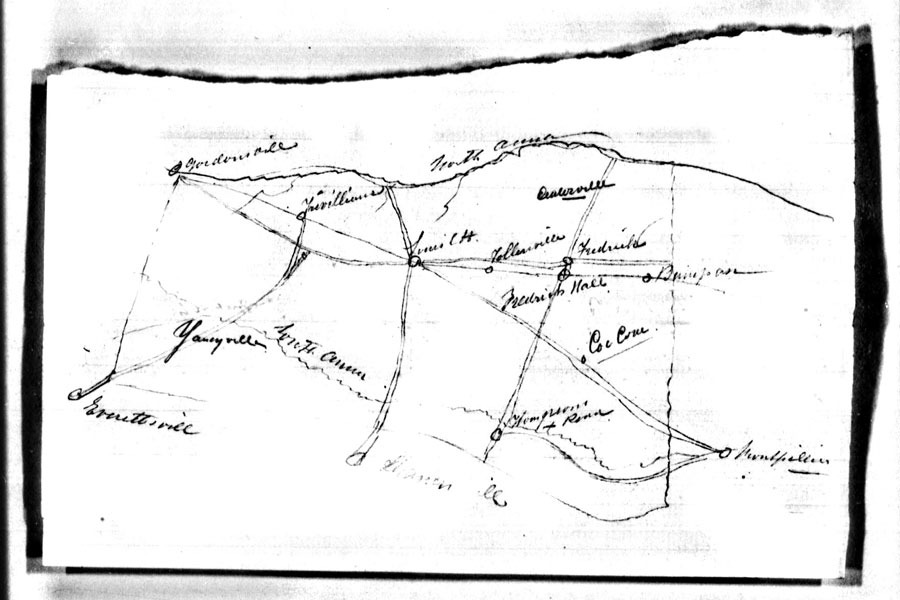 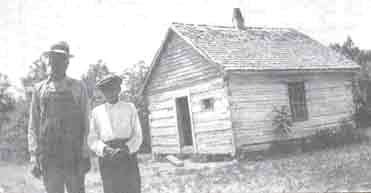 In 1866, Lt. Jacob Roth, Assistant Superintendent at the Louisa field office of the Bureau of Refugees, Freedmen and Abandoned Land (usually knows simply as The Freedmen's Bureau or B of R.F and AL) sent this report to his superior listing the schools to be erected as soon as possible for the education of freedmen and their children. A Transcription follows:

"August the 26, 1866 by a meeting of the most prominent of Members of the freedmen’s Baptist Church and other freemen, of almost every part of the County of Louisa; held at the freedmen’s Church of Louisa C.H. Va of request and under the supervision of Lt. J. (Jacob) Roth, asst. Superintendent B. of R.F &AL(Bureau of Refugees, Freedmen, and Abandoned Land) of Louisa Co. Va. The following places or near to it were appointed for erection of a loghouse, to be used for a freedmens School.

The second image is of the map Lt. Roth included with this report. The final image is of the Shady Grove School in 1923, which had been used since about 1870 for African-American children. It is probably typical of the buildings to be used as schools in the above mentioned locations. Shown in the photo is G. Walter Hayden and an unidentified boy. For complete information on the segregated schools of Louisa County, visit www.louisaheritage.org .